The National Institute for Silicosis was established in the 1970 due to the huge number of people affected by pneumoconiosis of coal miners, pathology related to the inhalation of coal dust in mines, whose activity in those years and during the last century held thousands of workers.

As a consecuence of this situation, on July 18, 1970, the Spanish Minister of Labor inaugurated the National Institute for Silicosis (INS) in Oviedo, in the building created for this purpose in the area of the Spanish Social Security Residence and the General Hospital of Asturias.

Dr. José García-Cosío González (1909 - 1984), possessor of a vast knowledge related to neucomoniosis, is commissioned to materialize this project. He was the first director of the INS, being also head of the medical department. The Institute thus created had its headquarters in a building with seven floors and thirty beds each, which also included an isolation room for tuberculosis patients, equipped with an intensive surveillance unit and with respiratory physiology, radiology, pathology services, cardiology, clinical analysis and bacteriology, completed with an external consultation service. In addition to the medical section, an important technical prevention department completed the whole and guaranteed a first line of action that acted on the root cause of the problem causing the disease.

After their foundation, the Institute was declared a Spanish Special Social Security Center in 1974, according to the Spanish Gouvernment Order of April 25, 1974, of the Ministry of Labor, and it was recognized as a Spanish National Reference Unit by resolution of the Undersecretary of Health and Consumption, under the Ministry of Health and Consumption, on March 21, 1991. 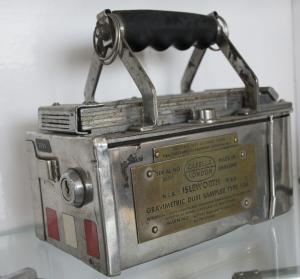 Subsequently, the approval of Law 31/1995, of November 8, on the Occupational Risk Prevention, includes again this recognition in its second additional provision, where it is indicated that the INS will maintain the status as a National Reference Center for prevention of medical and technical cardiorespiratory occupational diseases. The Regulation of Risk Prevention Services, approved by Royal Decree 39/1997, also includes the status of the guides and publications released by the institution within its attribution.

The National Institute for Silicosis was integrated into the hospital complex of Asturias in 1990, today called Central University Hospital of Asturias (HUCA).

After the inauguration of the new unified building of the Central University Hospital of Asturias, in 2014, the National Institute for Silicosis maintains an independent building for the Technical Department as well as an area for medical service in the facilities of the Hospital's outpatient building Central University of Asturias, which gives support to the INS in those common services for both institutions.

Dr. José García-Cosío González (1909-1984) has been the alma mater of the National Institute for Silicosis, in whose memory, annually since 1985, the Memorial that bears his name has been celebrated. He was commissioned to bring this project to life and he is responsible for the modern conception and subsequent development of INS work lines, for which he set as objectives assistance, teaching, research, technical and medical prevention and advice on silicosis and other pneumoconiosis, combining scientific knowledge and Medicine and Engineering research in pursuit of a single goal, the fight against silicosis.. 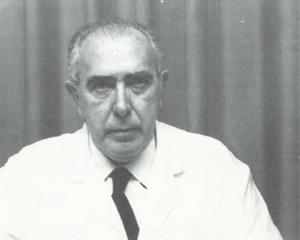 Many sublime people have honored the Institute with their presence yearly in this memorial, some as illustrious as Drs. Severo Ochoa or Grande Covián.