Elemental carbon is one of the signs of exposure to diesel exahust fumes, a mixture of particles and gaseous substances produced in the combustion of diesel fuels, considered by the International Agency for Research on Cancer (IARC) as a carcinogenic agent in humans (Group one). Because of this, elemental carbon analysis has great importance in the workplace risk evaluation. 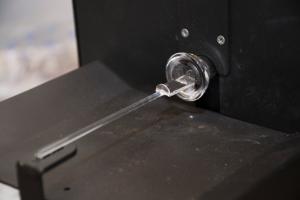 In January 2019, Directive (EU) 2019/130 of the European Parliament and of the Council amending Directive 2004/37/EC on the protection of workers from the risks related to exposure to carcinogens or mutagens at work was released. Diesel engine exhaust emissions were included with a limit value for this agent (0.05 mg / m³ measured as elemental carbon).

In addition to this, the analysis of elemental carbon (EC) and organic carbon (CO) is of great importance for environmental evaluations, taking into account that the requirements included in Directive 2008/50 / EC of the European Parliament and the Coundil for networks of all the Member States of the EU, since June 2010, must measure both substances in background stations.

The lab of the National Institute for Silicosis uses an OCEC analyzer of double optics (transmittance / reflectance) in order to determine both fractions (organic carbon and elemental carbon) in quartz fiber filters.